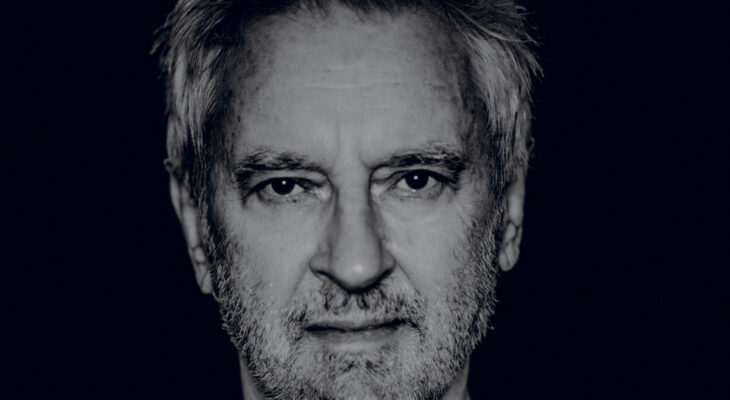 Meeting with the artist: 26th September, Thursday at 6 pm. 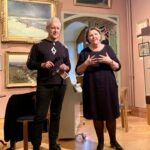 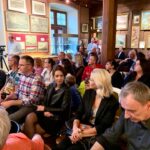 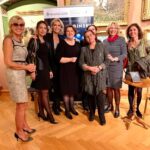 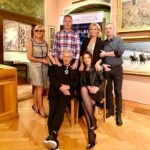 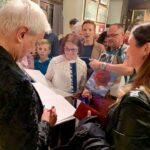 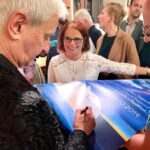 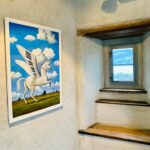 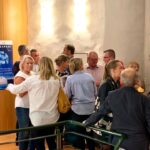 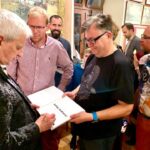 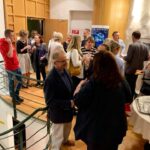 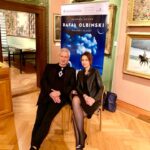 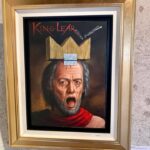 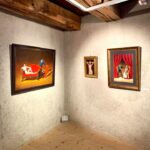 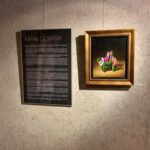 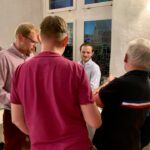 Rafal Olbinski immigrated to the United States in 1981, where he soon established himself as a prominent painter, illustrator and designer. For his artistic achievements, he has received more than 150 awards including Gold and Silver Medals from the Art Directors Club of New York, Gold and Silver Medals from the Society of Illustrators in New York and Los Angeles, and The Big Crit 2000 award by Critique Magazine in San Francisco.

In years 1983-1988 he was a faculty member at Tyler School of Art of Temple University, Philadelphia. In 1987-2001 he was working as an instructor at the prestigious School of Visual Arts in New York City.

In 1994 he was awarded the International Oscar for The World’s Most Memorable Poster, Prix Savignac in Paris.

In the same year he received the Creative Review Award for the Best of British Illustration in London.

In 1995 his poster was chosen as the official New York City Capital of the World Poster in an invitational competition by a jury led by Mayor Rudolf Giuliani. In the following year he won the Steven Dohanos Award for the best painting in the Annual Member Exhibition of the Society of Illustrators.

In 1996 he was commissioned by the U.S. Information Agency to design a poster celebrating the 25th Earth Day Anniversary. From 2002 through 2010, a selection of Olbinski paintings was included in the Grand Space projection in Grand Central Terminal, as a highlight of the Earth Day Celebration in New York. The other artists featured in the show are Keith Haring, Roy Lichtenstein, Robert Raushenberg, and Andy Warhol.

In 2001, the Willy-Brandt House in Berlin presented the works of Rafal Olbinski in a one man retrospective exhibition entitled “Art at the Turn of the Century”. 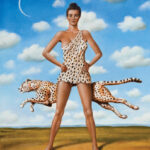 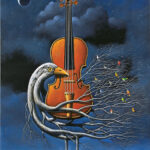 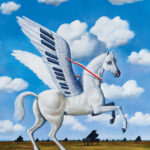 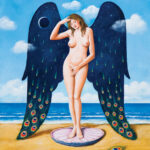 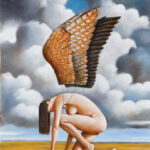 In July 2002 the City of Fondi, Italy awarded him Divina Guilia for his contribution to contemporary art.

In 2002 his set design debut for the Opera Company of Philadelphia’s performance of Mozart’s Don Giovanni was highly acclaimed by critics in the New York Times and the Philadelphia Inquirer. In the same year the “Art with Moral Purpose” at the Goethe Institute in Hamburg exhibited the paintings and posters of Olbinski.

Olbinski was commissioned to create several paintings illustrating articles and essays on moral values, which appeared in seven consecutive issues of the German magazine Stern. This led to a traveling exhibition of these paintings, the first hosted by the wife of the President of Germany, Eva Louise Köeh.

In 2008 Olbinski had a one man exhibition titled “Olbinski – Photokina Expo” for Hewlett Packard (Cologne, Germany).

In 2009 he had a large museum exhibition at The Jule Collins Smith Museum in Auburn entitled “New Dreams of Old Values”.

In 2012 he was featured as a special guest at the Festival International Cervantino in Guanajuato, Mexico.

In 2014 his works was presented at Art Expo China in Beijing.

He has completed many large murals for installations in public space in Europe as well as more than 100 opera images for CD covers for Allegro-Music’s Opera D’Oro Series.

In 2012, he was awarded the prestigious Officer’s Cross of the Order of Polonia Restituta for outstanding achievement in the field of art.

The President of the Republic of Poland awarded Olbinski the highest award in the field of arts, the gold medal, “Gloria Artist”.

Olbinski’s illustrations have appeared on the covers or been shown in publications such as Newsweek, Time, Business Week, Atlantic Monthly, Playboy, Omni, The New York Times, New Yorker and Der Spiegel and his work has been featured in many international magazines including: Print, Novum, Graphis, Communication World, Idea, Art Magazine in America, How, The World & I, High Quality and Universe des Artes.

Rafal Olbinski’s paintings are included in the collections of the National Arts Club in New York, the Smithsonian Institute and the Library of Congress in Washington, Suntory Museum in Osaka, Japan, and others throughout Europe and the United States. 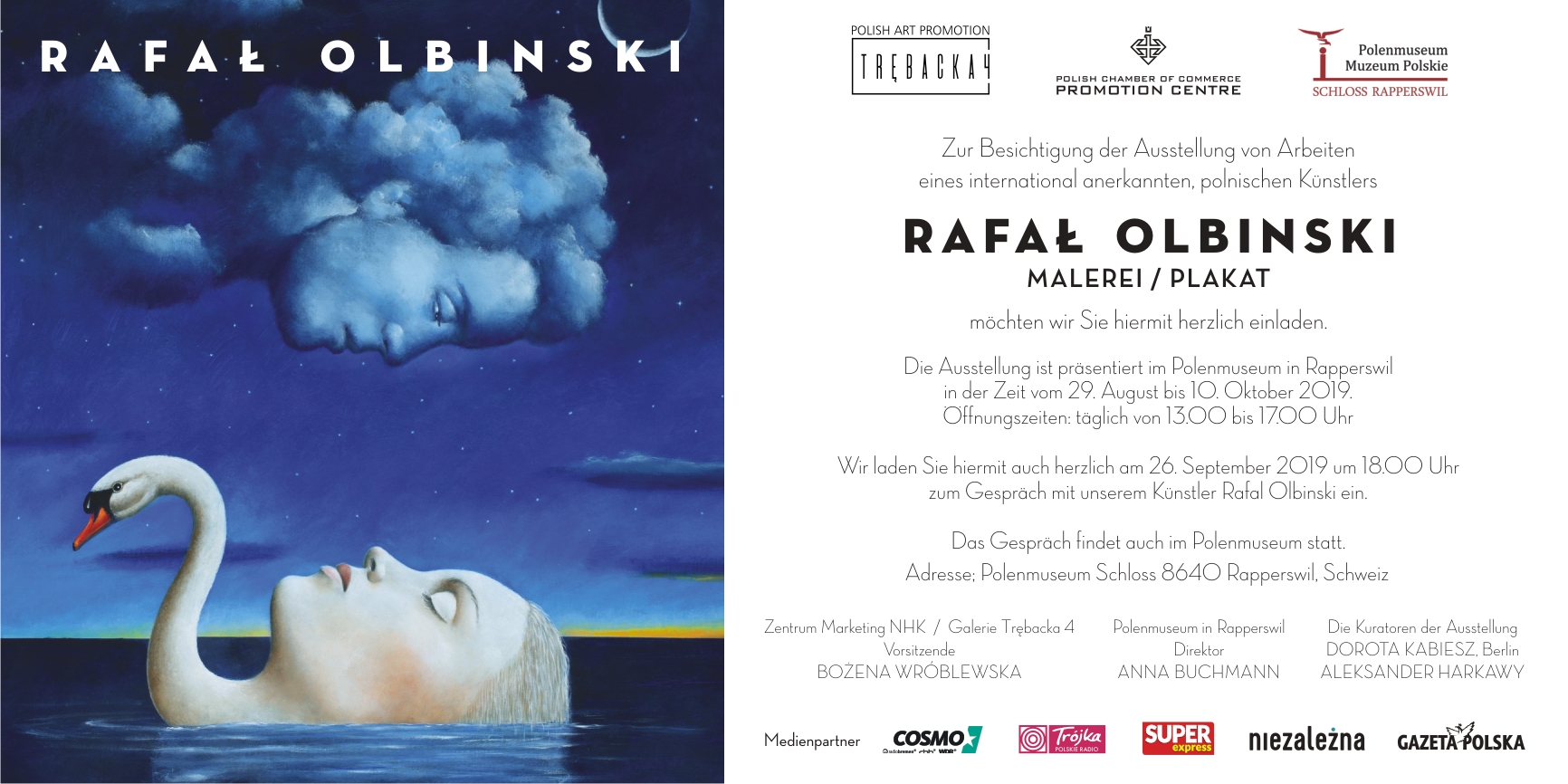