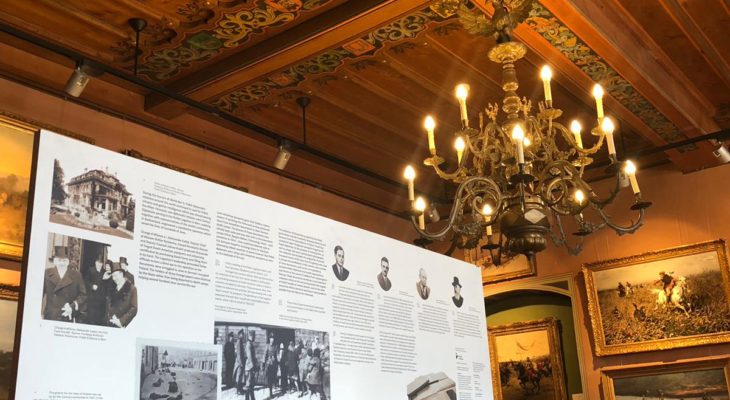 The Eisscollection constitutes documents discovered several years after the war, belonging to Rabbi Chaim Eiss (1876-1943). This Zurich merchant from Ustrzyk, one of the leaders of the Orthodox Agudat Yisrael movement, was a member of the Bern Group, which under the direction of the Polish envoy (ambassador) Aleksander Ładoś, forged Latin American passports to save Jews.

Eiss dealt with providing the Polish diplomats with a list of beneficiaries and smuggling of the forged passports to the General Government. This hero who committed himself to save victims of the Holocaust died suddenly of a heart attack in November 1943. A part of his correspondence with the then consul of the Republic of Poland, Konstanty Rokicki, regarding the production of Paraguayan passports survived the war. In his correspondence with Agudat Yisrael, Eiss repeatedly applauded the roles of Ładoś and Rokicki. It was on the basis of his account that Agudat forwarded a letter of gratitude in 1945 to Polish diplomats involved in this unique operation.

The documents of Rabbi Eiss along with one of his descendants ended up in Israel.

It will arrive in Poland early next year and enrich the collections of the Auschwitz-Birkenau Museum, where the documents shall be subjected to conservation and thorough analysis by archivists and historians.