The chairmen of the Museum’s Friends Society 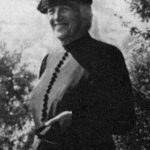 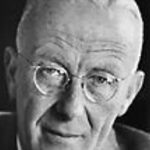 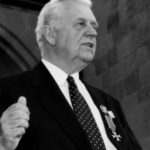 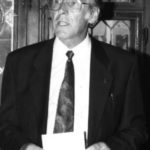 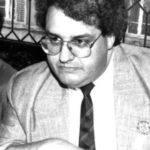 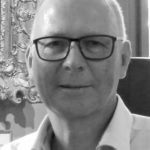 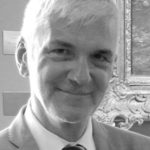 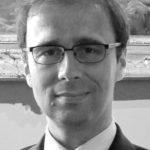 The Museum´s Friends Society, created in January 1954, was an answer of the Polish emigrants to the suspension of the lease contract by the authorities of Rapperswil. This annulment was a result of actions of the authorities of the communist Polish People’s Republic, who settled a propaganda center in the castle. However, in 1952 the collections were sent back to Poland and the Museum was taken over by the Swiss Society of Castles (Der Schweizerische Burgenverein), which during the following years got rid of all the remaining Polish traces in the castle.

The Museum’s Friends Society was founded not only by the Polish, but also by the Swiss. Thanks to its existence, the Polish culture was still present among the emigrants who couldn´t return to their homeland. The society organized several exhibitions such as ´The 100th anniversary of the 1863 Uprising´, ´The Swiss – Polish friendship throughout centuries´, ´The Polish cartography´ or the international symposium ´Nikolas Copernicus´ in 1973. Zdzisław Pręgowski – the curator and Alfons Bronarski were the most merited members of the society. Julian Godlewski – doctor of Juridical Science and art connoisseur provided financial aid and Hans Rathgeb – the cantonal legal advisor and the future chairman of the society provided his support throughout years. The involvement of the Museum´s Friends Society resulted in bringing back the Bar Column to its place in front of the castle in 1968. Yet in 1975 the Polish Museum was re-opened on the second floor of the castle.

The Museum is financially supported by the LIBERTAS Foundation, founded in 1978 in Rapperswil.

Piotr Mojski is the chairman of the Foundation.

Chairman of the Libertas Foundation

The address of the Foundation:

Museum is a Non–Profit Organisation. All donations can be deducted from the tax.

Contributions should be directed to: